Her Majesty The Queen is well known for her love of dogs, and corgis have become an internationally recognised symbol of her reign. This follows a long tradition of the royal family keeping dogs for their companionship and unquestioning loyalty, setting a precedent for Britain to become a nation of animal lovers. In the seventeenth century Charles I made popular the King Charles spaniel, several of which feature in court portraits by Sir Anthony van Dyck. It was Queen Victoria and Prince Albert however who first documented their large collection of domestic dogs, with Sir Edwin Landseer commissioned to paint their favourite pets including Dash, the spaniel who was Queen Victoria’s childhood companion and Eos, the greyhound who accompanied Prince Albert from Germany.

Throughout her long reign Queen Victoria favoured a number of different breeds including dachshunds, collies and pugs. King Edward VII was particularly fond of terriers, with several including Jack and Caesar becoming known to the public as favourites of the King. His son King George V continued the tradition of keeping terriers, as well as taking an interest in working dogs such as Labradors. The first corgis joined the royal family in 1933 when the Duke of York, later King George VI, acquired two for his daughters Princess Elizabeth and Princess Margaret. Since then The Queen has owned many corgis including Susan, who was an eighteenth birthday present and from whom all future royal corgis have been descended.

As well as keeping dogs as personal pets, the royal family are established breeders. The royal kennels were built in the early 1840s in Windsor Home Park and housed up to a hundred dogs. Some of these dogs were diplomatic gifts, such as Looty, a Pekingese who was presented to Queen Victoria following the Second Opium War. Queen Victoria evidently took pride in the pedigree of her dogs, showing six of her Pomeranians in the first Crufts dog show in 1891. Breeding programs continued at Windsor, and later at Sandringham, during the nineteenth and twentieth centuries with each dog registered with the Kennel Club. Today, The Queen is one of the longest-established breeders of Pembroke corgis in the world.

Perfumer Jo Malone shows how she can sniff out cancer
Next
Pet passports: what you need to know before taking your pet overseas 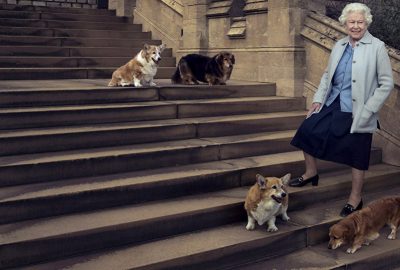 The dogs favoured by Queen Elizabeth have been in the royal family since Her Majesty was just seven years old. The Queen famously admitted that…

DUE TO COVID-19 OUR SHIPPING IS TAKING A LITTLE LONGER THAN USUAL, THANK YOU FOR YOUR PATIENCE.